If there’s one thing that’s been a constant in Gail’s life, it’s a love of books and stories. Like so many historical authors, she grew up reading the works of Mary Stewart, Jane Austen, Anya Seton and Victoria Holt, and when one day the idea of actually writing a novel drifted into her mind, she didn’t push it away. Instead, she asked her English teacher if she could devote one of her three English classes to a special project, and by the end of the year, she had completed her first book.

Thankfully, that manuscript never saw the light of day, but it did ignite a spark that seventeen years later, resulted in a real manuscript being sent off to a real publisher, and almost four months to the day, Gail sold her first Regency-set romance to Harlequin Enterprises in Toronto.

More than twenty historical and contemporary novels later, Gail has seen her books distributed in over twenty countries and translated into almost as many languages. She is a recipient of the Laurel Leaf Award for Published Authors, the Colorado Romance Writers Award of Excellence, and was a finalist in the PRISM Awards for Science Fiction and Fantasy. She is a member of Romance Writers of America and Novelists Inc., and has given workshops on the craft of writing and on writing the Regency novel, at conferences and to private groups all across the country.

Gail firmly believes that one of the best things about being a writer is the opportunity to encourage and help others who share her passion, and, of course, to write stories about the wonder, the frustration, the heartache and sometimes, the sheer lunacy of falling in love. Originally hailing from the west coast of Wales, Gail grew up in and around Toronto, Ontario, but moved to British Columbia when she realised that shovelling snow in April had lost its allure. Now, shovel free but heavily into umbrellas, she lives and writes within walking distance of the ocean.

Want to know a little more about Gail? See this Q & A to get a few more details. 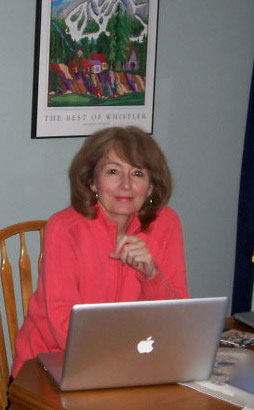